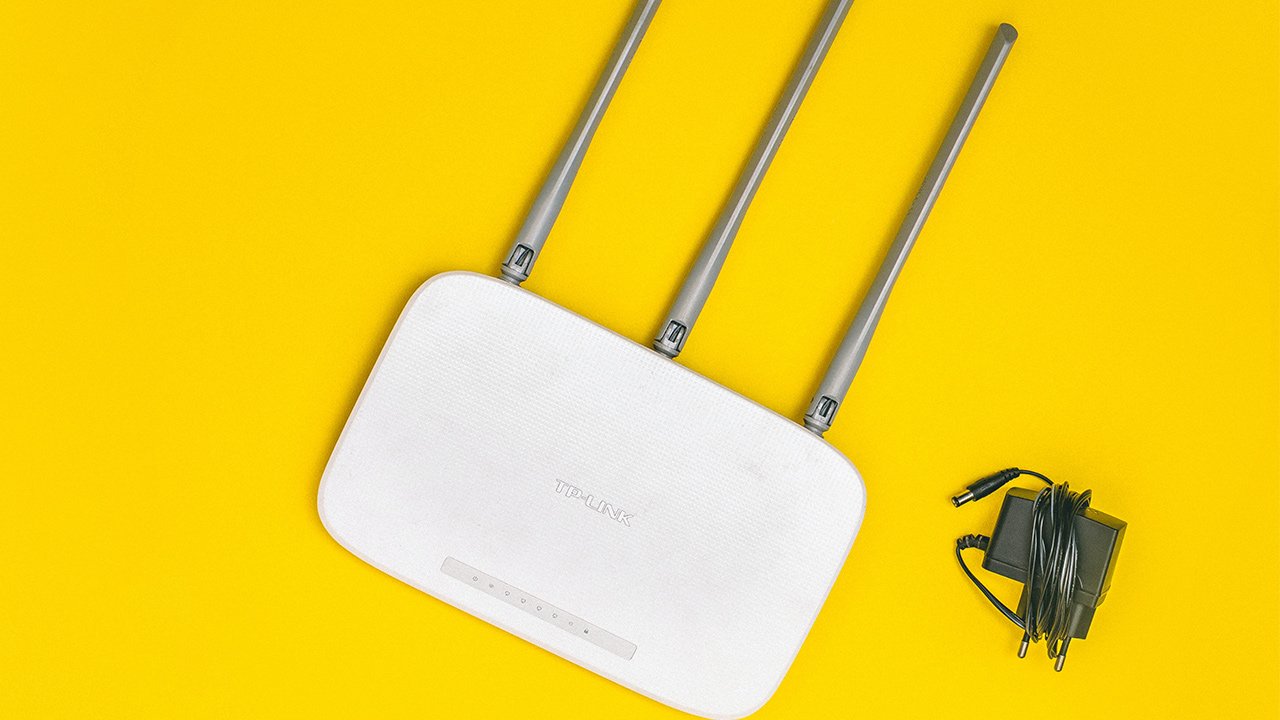 Every WiFi router is different. If you’re experiencing signal problems in a few places in your house, you may need a WiFi Extender. However, much like routers, not all WiFi Extenders are the same.

The best Wi-Fi extenders remove dead spots and boost signal strength in your house’s furthest rooms by extending your router’s Wi-Fi coverage beyond its range. Whether you name it a Wi-Fi booster, wifi repeater, or signal booster, these tiny and inexpensive devices offer better Wi-Fi where you need it, sometimes for a lot less money than upgrading to a mesh network.

Buying a Wifi range extender can be a complicated process. Finding out what works best with your router can be confusing and difficult. That’s why we’ve tested a range of popular Wi-Fi extenders, from low-cost wall plug devices that can be concealed under a sofa, to high-performance desktop extenders. To help you find a Wi-Fi extender that’s right for you.

The TP-Link AC1750 works with both Wi-Fi 6 and earlier Wi-Fi routers.

Installing and configuring it couldn’t be easier, since it’s a plug-in device with options for access control and power management.

More significantly, our throughput testing proved it to be fast, and the signal was strong throughout our house as well.

This is a very good Wi-Fi extender that works with Wi-Fi 6.

The RE650X is one of the fastest Wi-Fi 6 extenders on the market. It has a large range and it’s incredibly fast. Huge numbers of people can broadcast, stream and game at the same time with this Wi-Fi extender.

It’s a Wi-Fi 6 extender that will work with older routers and additionally, it has a gigabit ethernet port, so you can hook up a full network’s worth of wired devices.

It provides excellent coverage, fast speeds, and is reasonably priced for its performance.

The Netgear Nighthawk X4 AC2200 Wi-Fi Range Extender is a great option if you want to extend the range of your router to cover more ground.

It’s easy to set up and has some of the best throughputs we’ve seen from a plug-in range extender.

This is a great gadget Wi-Fi extender that’s not as expensive as some others. If you don’t want to change your houses entire Wi-Fi system then this little plug in Wi-Fi extender will do a great job.

If your house or business has difficulty keeping a strong wifi connection in some areas, the DAP-1650 range extender from D-Link will help.

The DAP-1720 is more than simply a range extender; it can also be used as an access point or a media bridge, and it has good 5GHz throughput speed and range.

It also has four gigabit Ethernet ports for wired connectivity.

The Linksys RE7000 Max-Stream AC1900+ Wi-Fi Range Extender is an excellent option if you currently have a Linksys Max-Stream router and want to take advantage of Seamless Roaming.

MU-MIMO streaming is supported, and the Spot Finder function helps you locate the best plug-in position.

Installation is quick and painless and it produces fast speeds that will get boosted all-around your house.

Wi-Fi range extenders generally aren’t outrageously priced. The most basic Wi-Fi repeaters can be found for less than $100.

Even the newer range extenders that support the most recent wireless protocols and provide performance-enhancing technologies, like beam-forming and Mu-MIMO, cost less than $200.

But just like any technology, usually the more expensive a Wi-Fi range extender is, the better it will be. The more expensive models have more user-friendly features and sometimes can have significantly more range.

Wi-Fi extenders extend your Wi-Fiinternet by communicating with your router via radio waves.

This means that you need a spot for your extender near enough to your router so that you can get an effective broadcast signal, but remote enough so that the network’s range can reach the desired location.

For a small area, a simple WiFi extender should be sufficient. But if you want a powerful WiFi signal to cover a wide area, you’ll need a dual-band WiFi extender that works at 2.4 GHz and 5 GHz.

Also always make sure the WiFi extender is up-to-date with the newest WiFi standards and technology.

Although plug-in Wi-Fi extenders are the most common, they aren’t the only choice when it comes to boosting a weak Wi-Fi signal.

There are bigger extenders that sit on a desk or shelf like a conventional router, and they often offer the best performance. Plug-in units are often less expensive and easier to install with a less effective performance while the larger devices can be more complicated to install while providing better performance.

It’s crucial you figure out which type of extender is right for you before you make a purchase.

Make sure the Wi-Fi extender matches your router

The wireless standard your router utilises may not seem important to you, but it does have an effect on how useful your extension is.

When choosing a range extender, choose one that matches your router’s specs. For example, if your wireless router uses the current 802.11ac standard, make sure your extender does as well. The older 802.11n standard is slower and will slow down your internet usage.

The latest 802.11ac standard is recommended for Wi-Fi routers, so check to see whether your extender supports it.

Are Wi-Fi extenders the same as mesh networks?

While essentially they do the same thing, Wi-Fi extenders and mesh networks are different.

There’s usually no point in using them in conjunction with your existing router. So if you want a mesh system it’s best to replace your router as well. If you don’t want to do that, Wi-Fi extenders are a great option.

With a mesh network, instead of having a router and Wi-Fi extenders, you’ll have several similar devices scattered around your home, all of which may be utilised in tandem.

You can check out our the BEST mesh network devices in NZ here: The 5 BEST Wi-Fi Mesh Network Systems in NZ! (2022)

What’s the difference between a range extender and a range booster?

When it comes to Wi-Fi Booster VS Wi-Fi Extender, It’s easy to get confused by marketing jargon.

In reality, there is no difference between a Wi-Fi Booster and a Wi-Fi extender they’re the same thing: Wi-Fi coverage-improving gadgets.

Although manufacturers label their products as “boosters” or “extenders,” there is no obvious distinction between the two.

Are Wi-Fi extenders worth it?

Wi-Fi extenders are absolutely worth it.

As long as you make sure you’ve gone through our buyer’s guide, and made preparations for a Wi-Fi extender, they’re a great solution to a genuine problem.

But everything from price, performance and your more specific needs will be taken into consideration. And always bear in mind there are just too many variables in Wi-Fi for a one-size-fits-all approach. Before you buy a Wi-Fi extender your task is to diagnose the problem and choose the appropriate extender that will resolve said problem.

WiFi extenders have no effect on your internet speed.

WiFi extenders work by amplifying the WiFi signal coming from your router and sending it all around your home or office.

As the signal is lengthened the signal’s emission is boosted and this allows the internet to spread farther over any given area as a whole.

MU-MIMO stands for “multi-user, multiple input, multiple outputs.” It’s designed to serve densely populated areas, such as stadiums, public transit hubs, airports, and train stations, where many people are simultaneously attempting to access a wireless network. But it’s handy to have around the house as well.

MU-MIMO is a technology that helps coordinate numerous devices, such as WiFi routers and extenders, when communicating with one another faster.

The easiest way to think of it is like this, imagine you’re waiting in line in the school cafeteria and there’s only one person serving food. Using a Wi-Fi router or extender without MU-MIMO, you’ll be served after the people in front of you. However, a router or extender with MU-MIMO, will now have several people serving food, so multiple people in the line can get served at the same time. Now all you have to do is replace, getting food with connecting to Wi-Fi and that’s how, in very basic terms, MU-MIMO works. More people on the Wi-Fi at once without delays.

How to watch It’s Always Sunny in Philadelphia on NZ Netflix...

How to watch Spiderman No Way Home on NZ Netflix (June...

Home June 13, 2022
© We want to help you make the right buying decision. ProReviews is reader-supported. When you buy through links on our site, we may earn an affiliate commission.